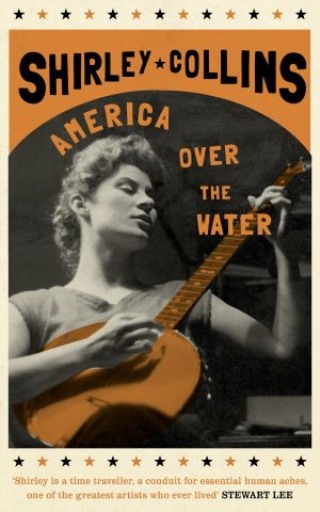 America Over the Water

'Shirley is a time traveller, a conduit for essential human aches, one of the greatest artists who ever lived' Stewart Lee

'Without doubt one of England's greatest cultural treasures' Billy Bragg

In America Over the Water, celebrated English folksinger Shirley Collins offers an affecting account of her year-long stint as assistant to legendary musical historian and folklorist Alan Lomax. Together, they travelled to Virginia, Kentucky, Alabama, Mississippi, Arkansas and Georgia, discovering Mississippi Fred McDowell and many others, in their tireless work to uncover the traditional music of America's heartland.

Blending the personal story of Shirley Collins' relationship with Lomax and offering a unique first-hand account of a country on the brink of the civil rights era, America Over the Water cuts right to the heart of the blues in a fascinating account of Collins' and Lomax's ground-breaking journey across the southern states of the USA to record the music that started it all.

Originally published over fifteen years ago, this definitive edition includes a new introduction by Shirley Collins.

Shirley Collins: Shirley Elizabeth Collins MBE is an English folk singer, song collector and perhaps the greatest living embodiment of the musical threads that connect the country with its history. As a significant presence during the Second English Folk Revival, Shirley formed a duo with her sister Dolly, who accompanied Shirley's raw and direct voice on piano and portative organ; together they recorded the startling Anthems In Eden and Love, Death & The Lady. Following a period of silence spanning three decades during which she barely sang, Shirley released Lodestar, her first new material since 1978. The record is a collection of English, American and Cajun songs dating from the 16th Century to the 1950s, recorded at Shirley's home in Lewes, East Sussex - the work of an icon of British music who has never stopped exploring the power of the voice.