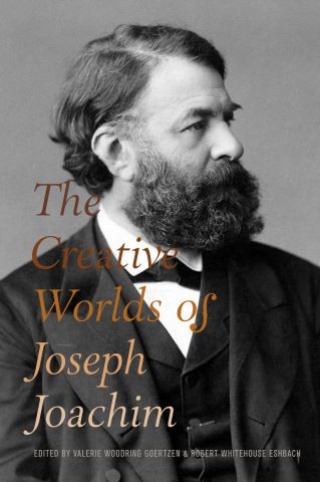 The Creative Worlds of Joseph Joachim

Joseph Joachim (1831-1907), violinist, composer, teacher, and founding director of Berlin's Royal Academy of Music, was one of the most eminent and influential musicians of the long nineteenth century. Born in a tiny Jewish community on the Austro-Hungarian border, he rose to a position of unsurpassed prominence in European cultural life.

This timely collection of essays explores important yet little-known aspects of Joachim's life and art. Studies of his Jewish background, early assimilation into Christian society, Felix Mendelssohn's mentorship, and the influence of Hungarian vernacular music on the formation of his musical style elucidate the roots of Joachim's identity. The later chapters focus on his personal and creative responses to the contentious and rapidly evolving cultural milieu in which he lived: his choice of instruments as his musical "voice," his performances as sites of (re)enchantment in the modern age, his pathbreaking British career, his calling and sway as a quartet player, his pedagogical legacy, his influence on the establishment of the musical canon, and several of his most distinctive and original compositions.

With a wide variety of approaches-analytical, philological, archival, philosophical, and critical-this collection will prove enlightening to scholars, performers, and others interested in this brilliant artist and the musical aesthetics, culture, and styles of his time.