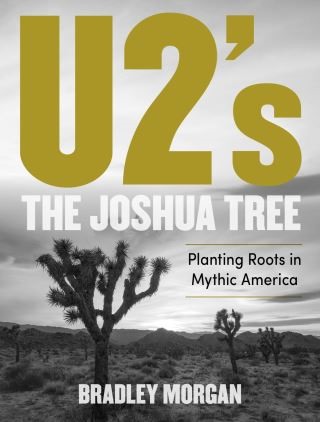 U2 planted the seeds for The Joshua Tree during an existential journey through America. As Irishmen in the 1970s, the band grew up with the belief that America was a place of freedom and prosperity, a symbol of hope and a refuge for all people. However, global politics of the 1980s undermined that impression and fostered hypocritical policies that manipulated Americans and devastated people around the world.

Originally conceived as "The Two Americas," The Joshua Tree was U2's critique of America. Rather than living up to the ideal that the country was "an idea that belongs to people who need it most," the band found that America sacrificed equality and justice for populism and fascism. This book explores the political, social, and cultural themes rooted in The Joshua Tree when it was originally released in 1987 and how those themes resonated as a response to the election of Donald Trump when U2 toured for the album's 30th anniversary.

The author juxtaposes the band's existential journey through America with his own journey connecting with his Irish roots by becoming a citizen in the age of Trump and places U2's and The Joshua Tree's relevance in context with the current political climate.

Bradley Morgan is a media arts professional in Chicago. He manages partnerships on behalf of the Chicago Independent Radio Project, serves on the associate board of the Art Institute of Chicago's Gene Siskel Film Center, and volunteers in the music archive at the Old Town School of Folk Music. Morgan has written music features for CHIRP Radio 107.1 FM's award-winning blog and Discogs. He is an avid reader and enjoys hiking.