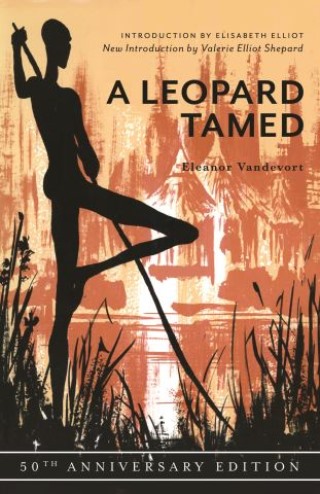 Set in Nasir, a tiny village on the banks of the Sobat River in the Sudan, A Leopard Tamed reads like the story of another world, of another time—but it is very much of our world, our time.

Eleanor Vandevort is an American missionary who lived with the Nuer tribe in Nasir for thirteen years. A Leopard Tamed is the vivid, exciting description of what those years were like for her. Eleanor became friendly with Kuac, a small boy whose burning ambition was “to do the work of God.” He proved invaluable in helping her. He taught her his language, which enabled her to translate the Bible for the Nuer people for the first time. After she discovered he was a born teacher, he even led Bible classes for her. Although Kuac is the central figure in this engrossing story, it is also the story of the whole Nuer tribe.

A Leopard Tamed stirs the reader with strange tribal customs—such as the brutal rites initiating young boys into manhood; a typical native wedding; detailed description of housing, cooking, child-bearing, and so on. The author transports us to a land “that lies flat on its back, rolled out like a pie crust and crisscrossed with a network of footpaths linking village to village. The path is the highway in this land, covering hundreds and hundreds of miles, the imprint of a people who walk in order to communicate and who must communicate in order to live.”